A box in the mail is generally a fun thing to get, but when it’s full of books that you’ve written, and you’re seeing them for the first time, it’s even more special!

Such was the case with my book, The Rhyme Bible Storybook, which has been in print since 1996, but which got a facelift this year with brand new art by a talented French artist named Laurence Cleyet-Merle: 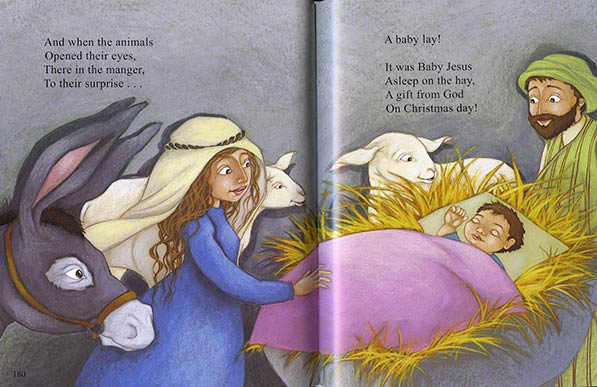 Before starting Digital Scrapper, I wrote many children’s picture books that were published by various publishers, such as Harvest House, David C Cook, Multnomah Press, Gold’n’Honey, and Zonderkidz. (Now there’s no time to write books!)

One of the assignments I gave to my students in my class, Your Story. Brilliant., was to scrap about things they had accomplished, so as an example I made this page about my books: 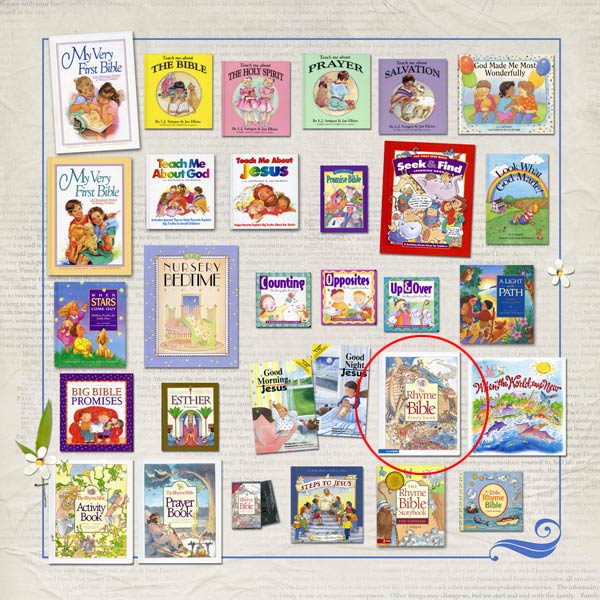 I’ve circled the original Rhyme Bible Storybook. (There are three versions—the other two are for toddlers and babies.)

Here’s what the new edition of the book looks like. It’s smaller in size, but has really nice paper to support the bright colors of the revised artwork. 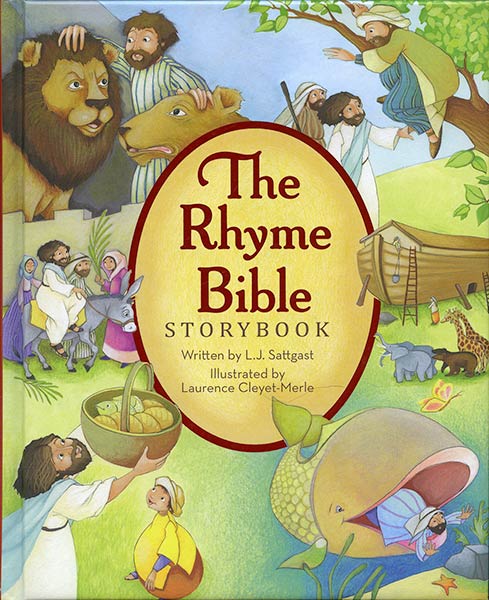 Since today is Christmas, and we wouldn’t be celebrating Christmas if the Christmas Story had never happened, I thought I would give away five copies of my book.

To enter the drawing, leave a comment below telling me why you want the book. On New Year’s Eve 2012, I will choose my favorite comment for one giveaway, and the other four winners will be chosen randomly using a number generator.

Here’s a page from the nativity story: 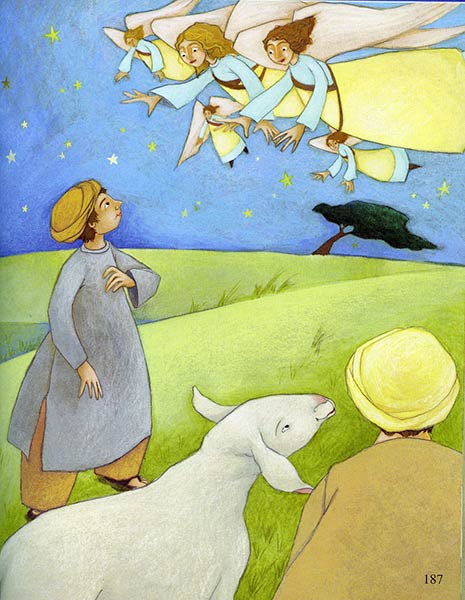 As the angels said to the shepherds so long ago when they announced the baby in a manger:
“Glory to God in the highest, and on earth peace, good will toward men.” Luke 2:14

Thanks everyone for your wonderful comments and

CONGRATULATIONS to our 5 winners:

I have signed your Rhyme Bible Story copies and am getting them in the mail—Enjoy!