Home / Latest and Greatest News / Photoshop Elements 11: A Review of the New Features

Right on schedule for its customary yearly cycle, Adobe has announced the release of Photoshop Elements 11. For Photoshop Elements users, the big question is always whether the new version contains enough new features to merit spending their hard earned cash on an upgrade. 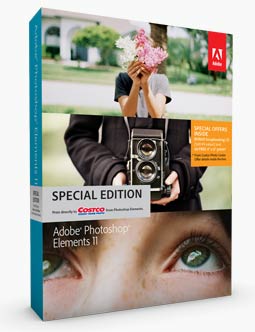 (P.S. Don’t forget to also check out my YouTube video on the new features of PSE11.)

This year Adobe does not disappoint in some respects, but makes some unexpected changes that might give experienced users pause.

I’m speaking of the radical change in the User Interface that will take some definite getting used to if you are accustomed to any prior versions.

New users, of course, will not have known anything different, and this is the audience Adobe hopes to help the most with the changes to the interface. Everything looks simpler and some things have been rearranged for presumably easier access.

Here are some examples: 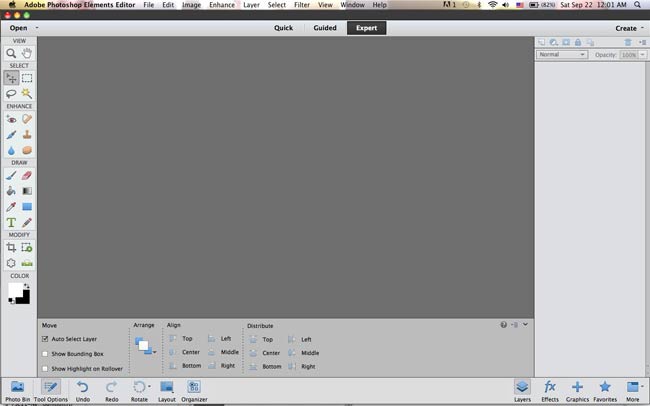 If you can get past these changes, however, there are several amazing new features that would tempt just about any scrapbooker to upgrade. I’m talking about the ability to easily load styles and the new Actions panel.

Layer styles have been a source of frustration for scrapbookers ever since version 5. Adobe has finally addressed this problem by making it drop dead simple to add and delete layer styles—without having to create tricky XML files and figure out where they go inside the program.

All you have to do is click on the Effects panel context flyout menu and choose Load Styles. You then navigate to the place where you’ve stored the new style and double click on it to load it. 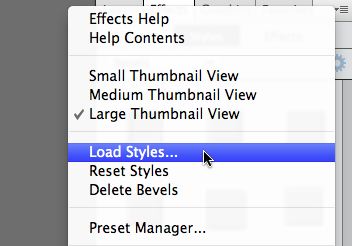 Don’t be put off by the ominous warning that you will lose the style forever if you delete it. Just click yes, and you can always load the style again later. By the way, you aren’t allowed to delete any styles that ship with Photoshop Elements, so you’re safe there.

If you want to get some cool new styles to add to your stash, be sure to check out our free Digital Scrapper Plus membership area. Premier members get access to these as well, plus a couple more.

Another Reason to Upgrade: Actions Panel

This new Actions panel is very welcome! We’ve had dedicated Actions capability since version 7, but it was partially crippled in versions 9 and 10, and it was always a pain to access anyway.

Now we have a “real” Actions panel that works as expected, minus the capability to actually create the actions, but, hey, there are oodles of actions out in Google Land, both free and for sale. 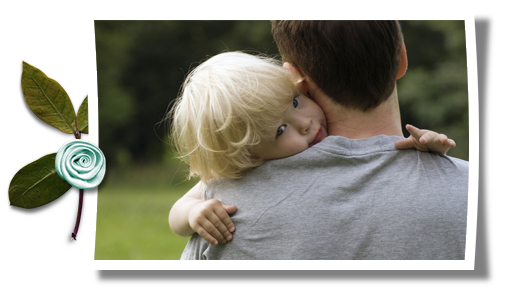 While styles and actions are the two biggies, Adobe has also introduced two new filters that are way cool—Comic and Graphic Novel, both under the Sketch category of filters. These are intuitively easy to use and produce meaningful and usable results.

Comic does what its name implies—makes your photo appear like comic book art. However, if you have imagination, this can be applied in some other interesting ways. For example, you could use it to turn a selection from a photo into a scrapbook element or simply use it as part of a design for scrapbook paper. 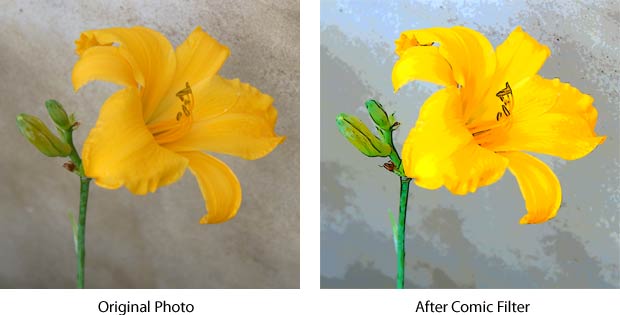 Graphic Novel does a pretty amazing job of turning a photo into the appearance of a pen and ink drawing, great for making overlays and stamps from photo selections. 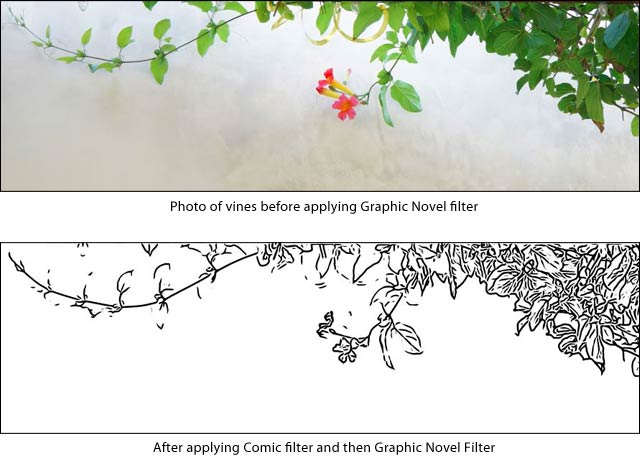 The one area I’m not as fond of in Photoshop Elements 11 is the “Quick” photo edit option. In my opinion, the old style wasn’t broken, so why change it?

However, some may find the new method of preview thumbnails (similar in idea to Color Variations) to be more intuitive, so I’ll let you be the judge on that. 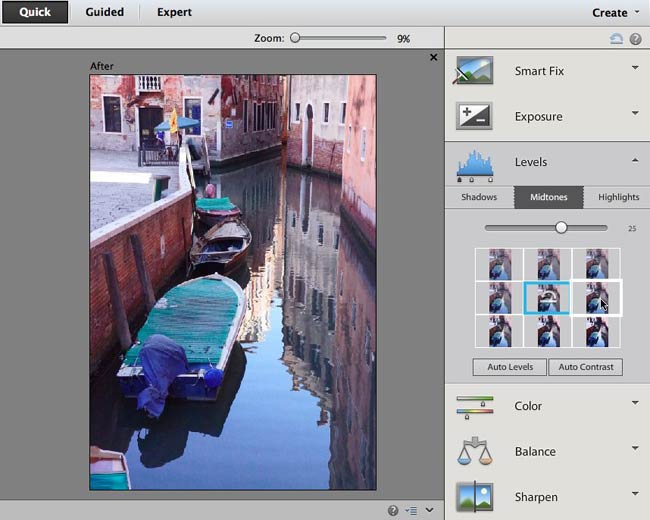 Adobe put a lot of effort into improving the Organizer this time around. There was probably more controversy around the Organizer among Beta team testers than any other single feature, and while I won’t go into the changes in detail, the big push was to improve Face Recognition to make it easier to tag photos and to make using the Organizer more intuitive.

Photoshop Elements 11 is a good program with a few quirks here and there. It requires current users to relearn new ways of accessing tools and working in the program, but it should be simpler for brand new users.

The two biggest reasons for scrapbookers to upgrade, in my opinion, are styles and actions, but Adobe has also thrown in two great new filters and 4 Guided edits that should prove to be helpful and fun for scrapbookers.

And if you purchase Photoshop Elements 11 at Costco, it will once again have our Digital Scrapper CD inside as a bonus, with all new kits, templates, and training—even a scrapbooking font! 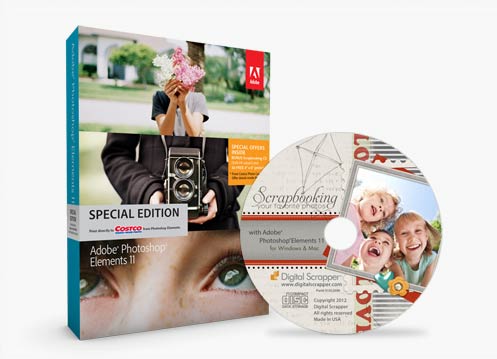