Home / Linda's Musings / I Met A Gnome While Rock Climbing

I know I said I would never rock climb.

But it was a beautiful, late summer kind of day with a hint of woodsmoke in the air, and rain was predicted for the next several days, so Charlie, Caleb, and Allison decided to go bouldering at Rocky Butte.

Bouldering is where you climb horizontally along a wall of rock not too far from the ground, so you don’t need to harness up. The most you’d fall is about four feet.

I know I said I would never rock climb, but how could I stay behind, chained to my computer, on a day like that? And with all that peer pressure.

Mostly I took pictures. Here they all are, clinging to the wall like so many spiders. 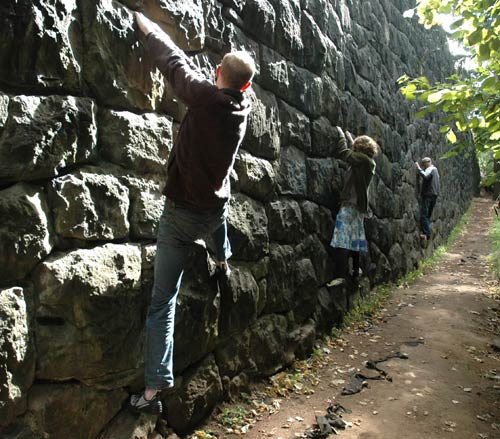 You can definitely tell which one is a she-spider. A fashionable one at that. 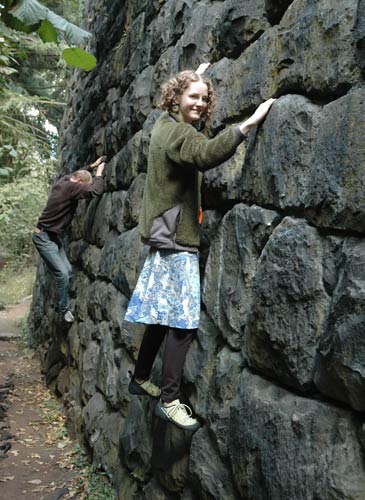 So then it was my turn. I managed to stay above the ground for a short while and even moved a few feet. Not bad for a first try in water socks, which I hoped would approximate rock climbing shoes. 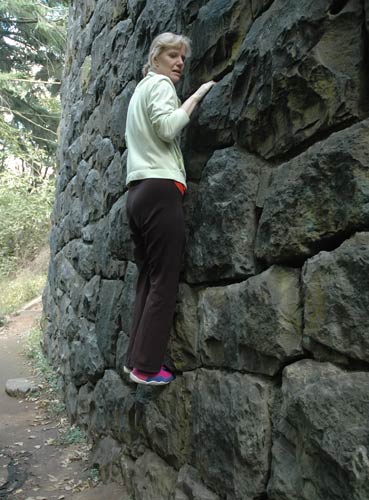 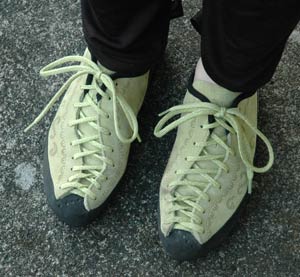 Compare that to my neon pink and blue water socks, vintage 1986, which were practically worthless. 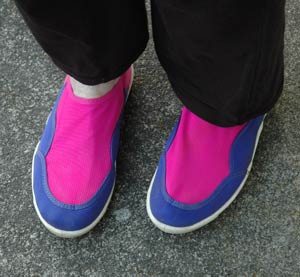 So I put on my backup pair of 2008 Sketchers, and they worked a little better. 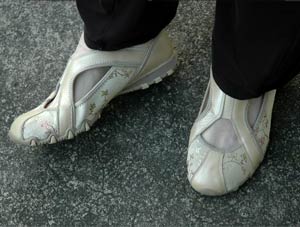 The vertical wall was a beast for all of us, so we hopped across the road to a different wall that was on a slant, though there were fewer cracks for foot holds. I actually managed to go around 10 to 15 horizontal feet in one try. Me. The rookie. Whoo Hoo! 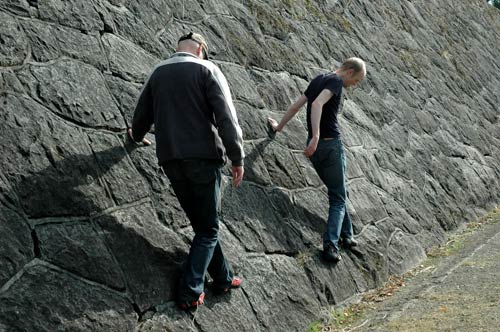 Here’s where it gets dicey, though. You may not believe me, but all of a sudden a giant gnome appeared. He jumped up on the wall and joined us as though he was a good friend who just happened to be in the neighborhood. 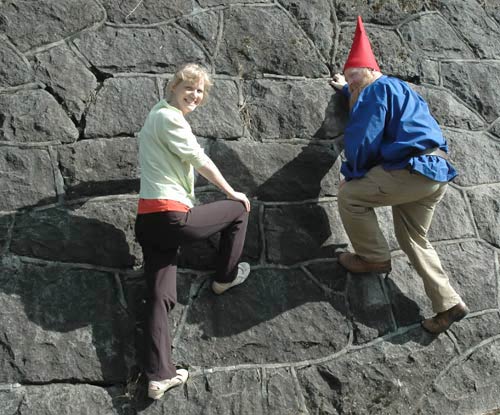 Like me, he didn’t have rock climbing shoes, but that didn’t matter. He was just having fun. And he wanted to bring some levity into our lives. How do I know? Because he told me so. He said his purpose was to go around finding people to brighten up their day and maybe make them laugh.

He certainly accomplished that with me! I will always remember the magical moment I took my first baby step toward rock climbing and got rewarded by seeing a real, live gnome! 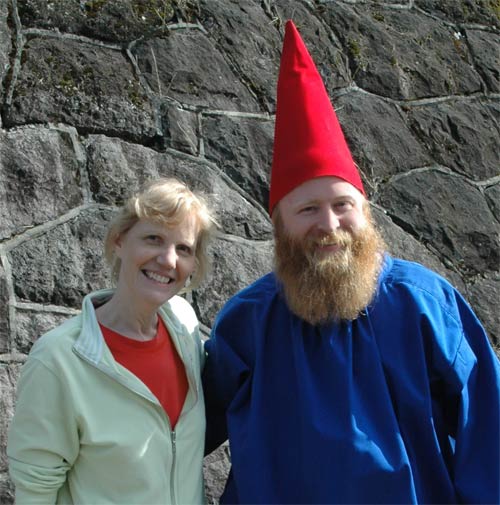 P.S. My magical gnome has a name: Robert
And a provisional website: The Lawn Gnome Academy

So what does all this have to do with scrapbooking?

Scrapbooking is telling stories in pictures and words. Most of us take a lot of photos but don’t always do so well when it comes to telling the stories. We say things like, “Jenny looked cute in her Halloween costume.” Which is totally obvious from the photo.

So I’m challenging you to dig down a little deeper. I could tell you my strategies in this story, but I’d like to hear from you in the comments. What do you notice about the way I told this story that might help you with your journaling?